I’ve been searching for an alternative to mucoff since the end of 2015 after myself and a few team mates from Complete Cycle Works headed to Afan forest for a day of trail riding and some fun after a long year of training and racing, after building the bikes I realized that my chain was dry with my oil at home. Quick to rectify the problem i brought some Mucoff C3 ceramic oil as this was meant to be the ‘best on offer’, it even came with a cool little light for you to use to see if you have missed any parts!

Fast forward 3 months and I can honestly say this oil was not a good choice, every ride I’m having to put a new application on only for the chain to feel / sound bone dry after 10 miles. I’ve now tried the entire mucoff range as well as a few other brands, only to come to the same conclusion, they either wear off to fast or hold on to dirt and turn in to a disgusting mess which is hard to clean off!

The alternative to mucoff & other leading brands

At round 1 of the Soggy Bottom winter series this year I noticed a stand for Wickens and Soderstrom, I spoke to one of the rep explaining my recent oil issues, Mike recommended that i try the No.5 oil as it cleans while lubricating which should lean to less cleaning after each use, sounds like a great idea, who wouldn’t want to clean less! Unfortunately, I still had to clean the bike after that race, Once washed i applied the oil and hung the bike in the garage ready for the next use.

When I first went to use the bike after cleaning, I noticed my chain was black with gunk after 2 days of being hung in the garage, initially I thought this oil was no good, just like the others, I wiped off the dirt applied some more and headed out on the ride. 10 miles in id normally have my friends complaining that my bike sounds like a bag of spanners, not this time, the drive train sounded smoother than ever, the pedals turning with ease.

Arriving home I noticed that the drive chain was the cleanest its been when returning from a ride, which lead me to question why the chain was black the initial application? after some research it appears that the dirt showing up is actually old organic mass / dirt stuck in the chain from all the previous oils I’ve been using as well as riding dirt and grim that been picked up, worked in to the links.

No.5 oil is a mix of oils, waxes and nano partials which smooths out the surfaces of the chain & drive train, reducing friction and cleaning as you ride, initially thought this was just marketing hype but having ridden it.  I can honestly say that the reduced frictions combined with the oil not picking up every micron of dirt definitely helps, far better than a little light you get with other brands!

It appears to be ticking all the boxes at present, having applied this to my road bike recently and I’ve done over 500 miles on the 2nd application, as the first application again was black after 24 hours, the only maintenance is wiping it down when returning from a ride, the chain is still clean, not sounding dry and my friends are complaining about my bag of spanners sounding bike!

I’ve already received the entire set of Wickens and Soderstrom range, I was impressed that the cleaning was shipped as a concentrate making it better for the environment for shipping, i’ll explain a bit more when I’ve had a chance to use it.

To conclude, if you are looking for an alternative to mainstream brands like Mucoff I encourage you to try W&S, especially the No.5 Lubricant it really is incredible, it will be my go to oil from this point forward regardless if I’m racing or training on both road and mountain bike. 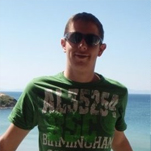